The secrets of Spiš Castle 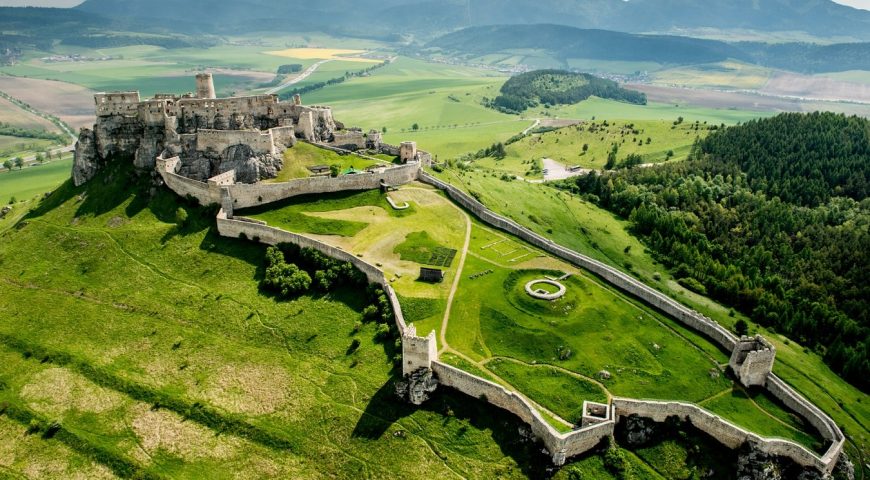 Spiš is the name of a region located in the north-east of Slovakia which gave its name to the famous castle situated near Spišsky. Indeed, the castle has been used as the setting of numerous films such as Dragonheart (1996), Kull the Conqueror (1997), The Lion in Winter (2003) or The Last Legion (2009).

The castle of Spiš was built in the 12th century and it’s located in the centre of Spiš region and on the travertine hill near Spišské Podhradie. It was included in the UNESCO list of world heritage sites in 1993. Spiš castle is one of the largest castle complexes in Europe.

Built on a 634 meter-high limestone cliff on the crossroads of medieval merchant routes, Spiš castle was first a walled settlement until the 2nd century AD. Indeed the remains of buildings dating from that period were discovered during an archaeological survey.
Yet, the first written mention of the castle is to be found in the Letter of documentation of King Andrew II of Hungary and dates back to 1209. The medieval castle, the property of the kings of Hungary until the 15th century, was built gradually, first around a huge round wooden tower known as they keep. Unfortunately, this keep didn’t last long as it was destroyed at the end of the 12th century due to tectonic disturbances.
Around the beginning of the 13th century, the castle hill was fortified with walls and the so-called Romanesque Palace was built with a new round tower next to it. It became an impregnable fortress. This is probably the reason why in 1241 Spiš castle was besieged by Tartars but held.

THE LEGEND OF THE TARTAR PRINCESS

It is said that in the 13th century, Tatars came to the Spiš region and decided to besiege Spiš castle. They hid in the woods while trying to find a way to conquer the fortress. They realised that the castle had only one weak point: water. Indeed, the castle was built on a rock which implies that no wells could be dug. The only water the inhabitants of the castle could count on was rainwater.
In the meantime, the king of Spiš castle decided he would not wait for the water supplies to be empty before organising the defence of the castle. So he sent some of his soldiers to neighbouring woods. Their task was to kidnap the Tartar princess, a task they completed successfully.
The king of Spiš castle and the Tartar king came to an agreement: the Tartars agreed on leaving the region in exchange for Princess Shaat’s return. Unfortunately, this was without taking into account the fact that Shaat and the son of the King of Spiš castle had fallen in love and decided to get married!
On the day of their espousal, one of the tartar soldiers infiltrated the castle and killed the Princess with an arrow in the heart. On the arrow, there was a note from Princess Shaat’s father which read: “This is your wedding present”.

After the tartars withdrew, the king decided the castle had to be built of stone, and in 1249, when the Provost of Spiš was given the ground and he erected a tower and a palace in the castle. Thus the first ward was created and the Romanesque chapel was built.
The castle was badly damaged in the 1280s during the battles for the crown of Hungary between Charles Robert and Wenceslas III.

In the mid-14th century, a second ward was added as well as a barbican and a dry moat.

In 1437, after the death of King Sigismund, new battles for the crown began. His daughter, Queen Elisabeth had to hire the army of Jan Jiskra of Brandys in order to protect her interests. That’s the time when the castle was completed to its present-day size.

In the second half of the 15th century, the castle was donated to Emerich and Stephen Zápoľský. They made the transformation to the castle giving it a more Gothic style.

Then, from 1531 to 1635 Spiš castle became the property of the Thurzos, a rich aristocratic family who gave the castle a Renaissance style. They also used the most recent military techniques to turn the castle into a modern stronghold. For instance, they added loopholes and had bastions built.

In 1638, the castle was finally bought by the Csáky family who gave it its present-day appearance. They built 3 palaces; one for women (above the kitchens as it was warmer) one for the men and one for the guests.

The castle witnessed its last military event in 1710 and was little by little deserted as it was too cold to be lived in according to the Csákys. Only a small garrison stayed in the castle until 1780 when it burnt down.

Since 1945 it’s been owned by the state of Slovakia. It is now a museum.

Inside the castle, they tried to reproduce the rooms in which the inhabitants lived in the old days. We can imagine how they cooked, ate, prayed and slept, for example.

The kitchen was a place filled with warmth, delicate aroma, spices and the finest ingredients. It was a place where skilful, ingenious cooks would do wonders to please their masters with a plethora of dainties and culinary specialities.
Feasts and particularly weddings were prepared in an extremely pompous and opulent way. A great amount of food was served in precious dinnerware and the main decoration of the table was represented by dishes which were not supposed to be eaten. Wealthy families were served 5 separate dishes, but by the end of the 16th century, feasts lasted 3 to 4 hours and the cooks would prepare 30 to 100 dishes per meal! As it was rude to refuse to eat a dish, the guests had to every single one of these 100 dishes! As we may well imagine, guests were often full… So they would use “napkins”… “Napkins” were in fact young boys who would stand behind the guests during the meal, holding a bowl or a basket for guests to use whenever they felt too full!
At the noblemen’s table or in wealthy households, people had to behave according to specific dining etiquette. Here are some of these rules: one’s elbows on the table was very inappropriate, hands were to be placed in a relaxed way next to a plate. It was inadmissible to lean against the wall, to choose the best piece from a dish, to drop food on the table, to blow on a hot dish to cool it, to lick a spoon, to burp or to drink with one’s mouth unwiped. 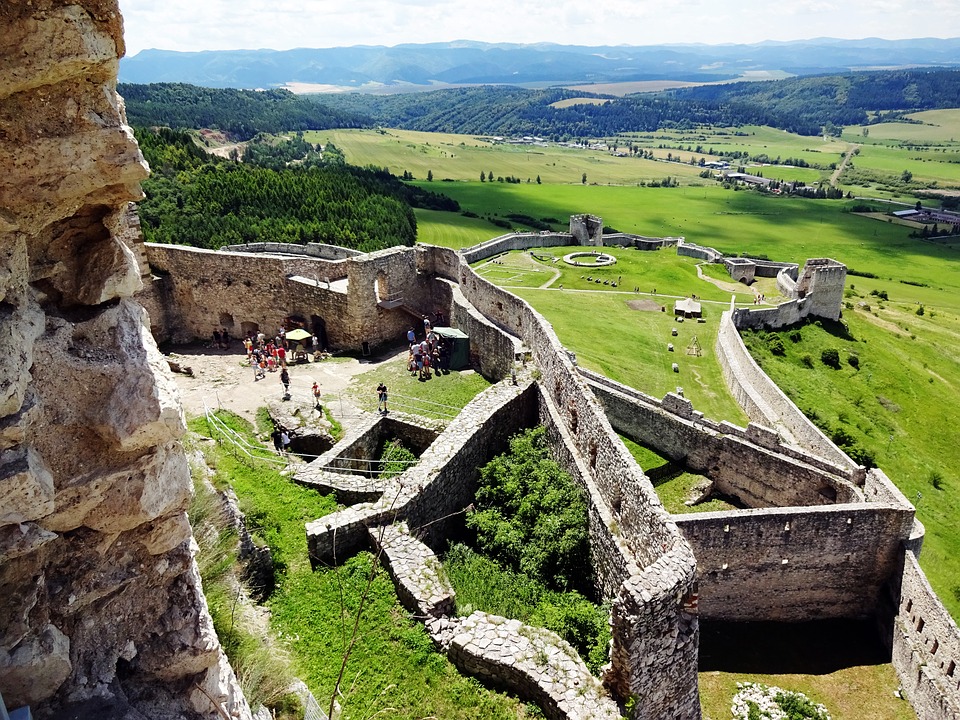 THE LEGEND OF HEDVIGA

The legend has it that the monarch of Spiš Castle, Philip, killed the son of a Polish monarch. The latter decided to take revenge by killing King Philip’s daughter Barbora. One day, as Barbora and her sister Hedviga were alone in the castle, the Polish monarch came and tried to kill Barbora. Thinking that Barbora was dead, Hedviga jumped from the highest tower in the castle out of despair.
Unfortunately, Hedviga had jumped uselessly, because the polish monarch hadn’t killed Barbora. After her jump, her face appeared on the wall.

Opening hours and the prices on entrance you can find in our FREE  mobile applications.
Android and iOS