The Scaliger Castle. Castle on Lake Garda or “Sinking castle”. 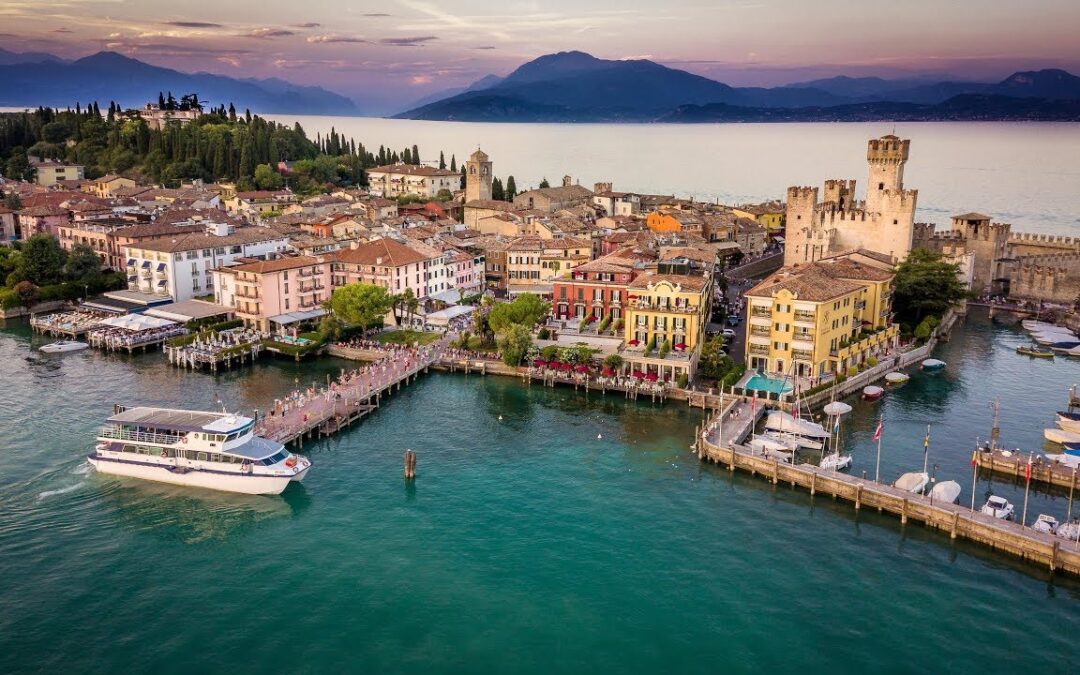 The Scaliger Castle is a rare medieval port fortification from the 13th century. The castle is located in Lake Garda, Italy and has become quite the tourist attraction! The castle is surrounded by a moat and the only way in is threw the two drawbridges. It was built to protect enemies and locals from entering. It claimed the nick-name “sinking castle” because at first place it appears that the castle is sinking into the water beneath it. 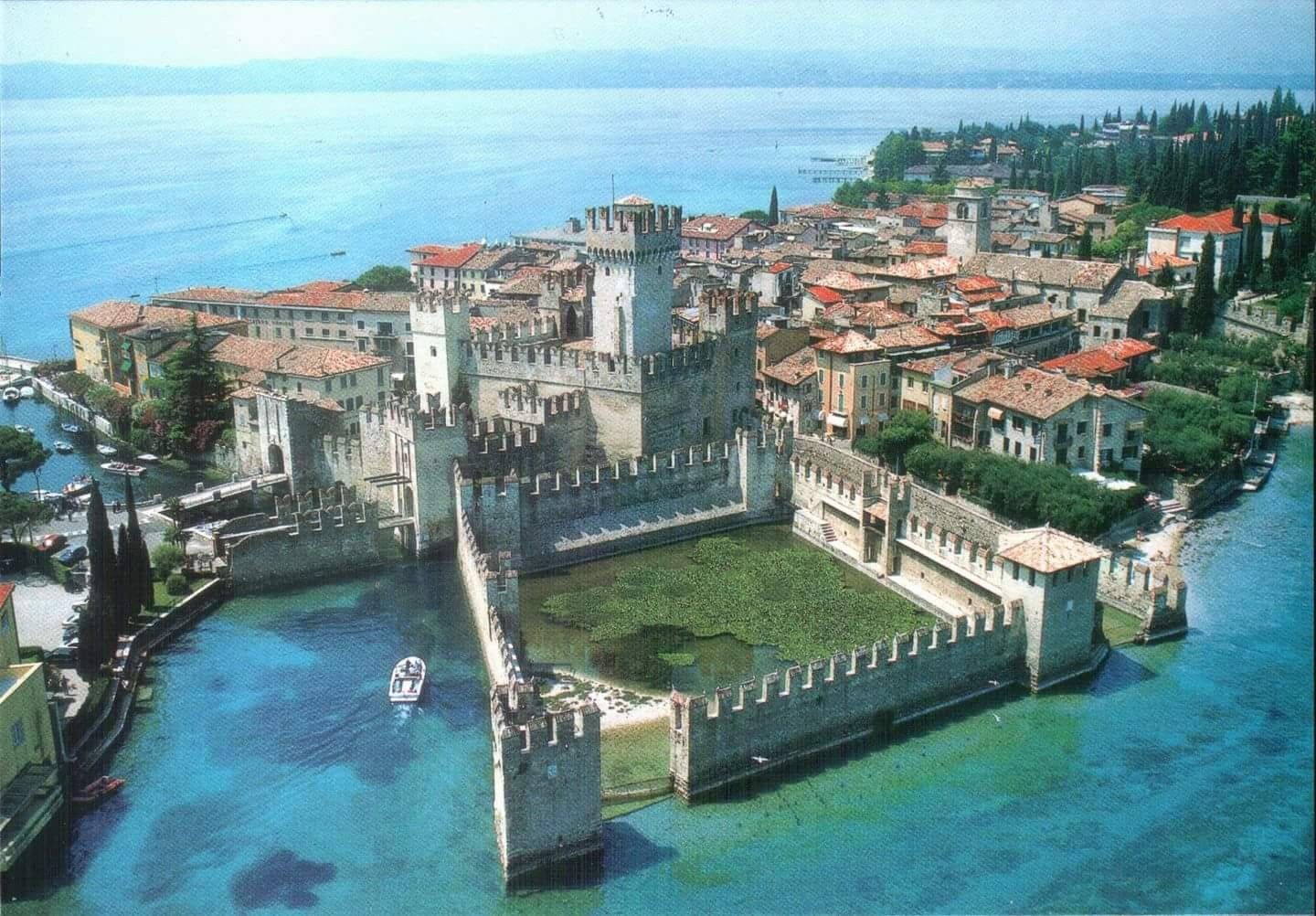 The castle is bathed on all sides by the waters of Lake Garda, and on one of these sides, the dock, which was once the refuge of the Scaliger fleet, was built shortly after the construction of the castle.

The walls and the three massive main towers are characterized by the dovetail battlements that distinguish each Scala construction: behind these three towers stands the imposing keep, 47 meters high, under which the cells intended for prisoners were located.

At one time the fortress could be accessed both from the outside of the inhabited center and from the village itself via drawbridges, while today it is possible to enter only from the village. Through doors equipped with effective closing systems you enter the large porch, inside which stands a staircase leading to a drawbridge. From here, through a ramp of 146 steps, you can reach the walkways of the walls, from which you can appreciate the dock. The dock is also defended by towers which, unlike those inside the castle, are not characterized by dovetail battlements but by a basic structure called spearhead. This feature, together with the use of bricks and stones from nearby areas, denote a different period of construction. On one side of the dock there is an external moat that flows directly onto the lake. 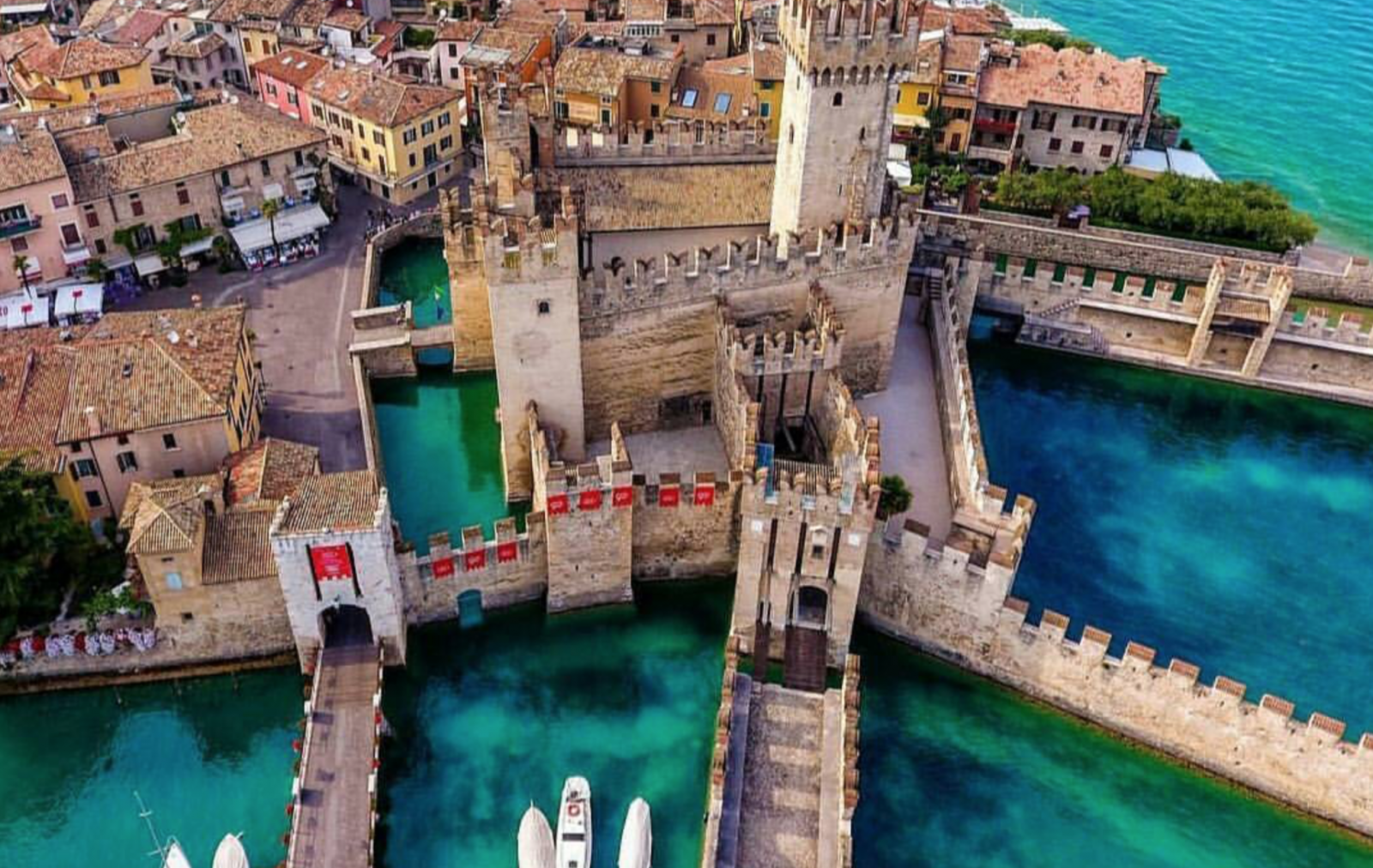 The construction of the fortress began around the mid-thirteenth century, probably on the remains of a Roman fortification. Its construction was ordered by the mayor of Verona Leonardino della Scala, better known as Mastino della Scala. The function of the castle was defensive and port control, since the city of Sirmione, being in a border position, was more exposed to aggression.

About a century later, two courtyards and an independent fortification were added, joined by barbican to the main one, to increase the defenses of the fortress. In 1405 Sirmione came under the control of the Republic of Venice during whose domination began work to strengthen the defensive structures. It was in this period that the dock visible today was built, even if it is assumed that there was already a Scaliger dock, probably wooden. Sirmione maintained the position of defensive post until the 16th century, when, for political reasons, the fortress of Peschiera del Garda was modernized.