The largest castle in the world 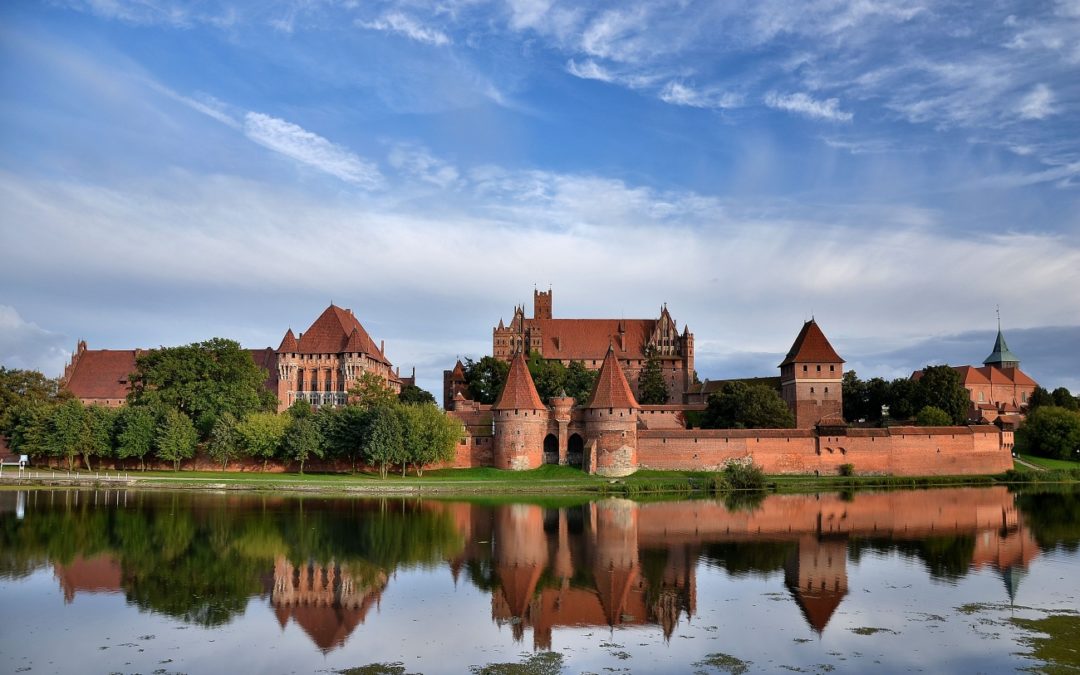 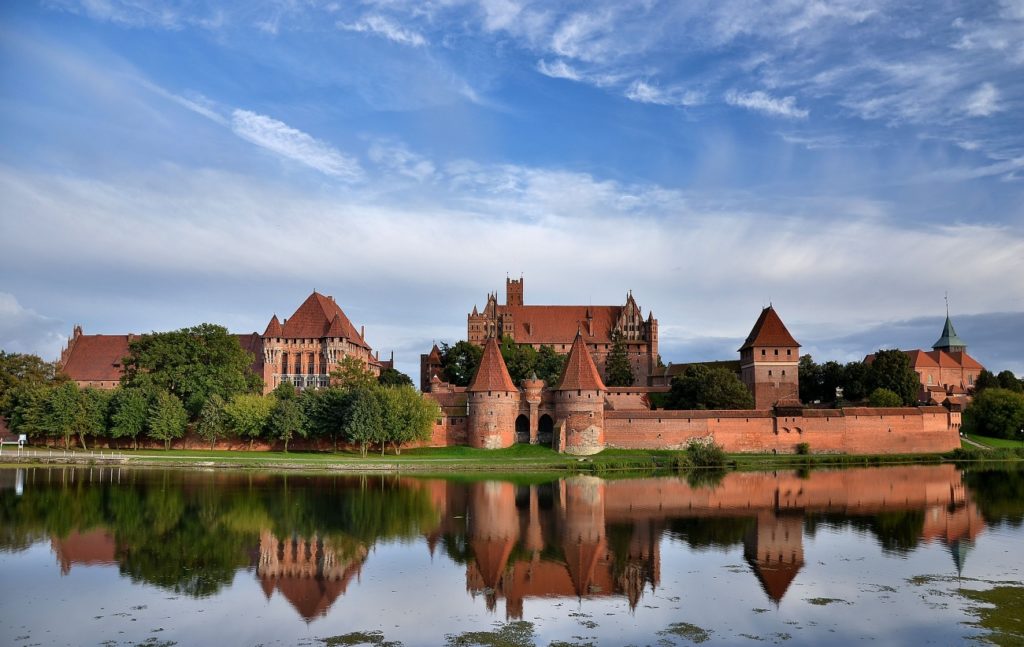 Malbork Castle is one of many castles built in northern Poland by the Teutonic Order of Holy Mary in Jerusalem, a knight’s order limited to the German aristocracy, which was sent there in 1225 by the Pope to convert the local pagan population into Christianity. In 1226 the land gave to the Order as a feud from Polish Duke Konrad of Mazovia, with an aim to protect Poland against the attacks of pagan Prussians. The Teutonic Order grew quickly in power. With all their might the Teutonic knights exterminated Prussians, repressed local Christian population, started to threaten Poland. After bloody wars in 1525 in Krakow, The Grand Master of the Order Albrecht Hohenzollern swore on his knees the allegiance to Polish King. Today the Teutonic Order capital Malbork (Marienburg) is certainly one of the biggest gothic castles remaining in the world. 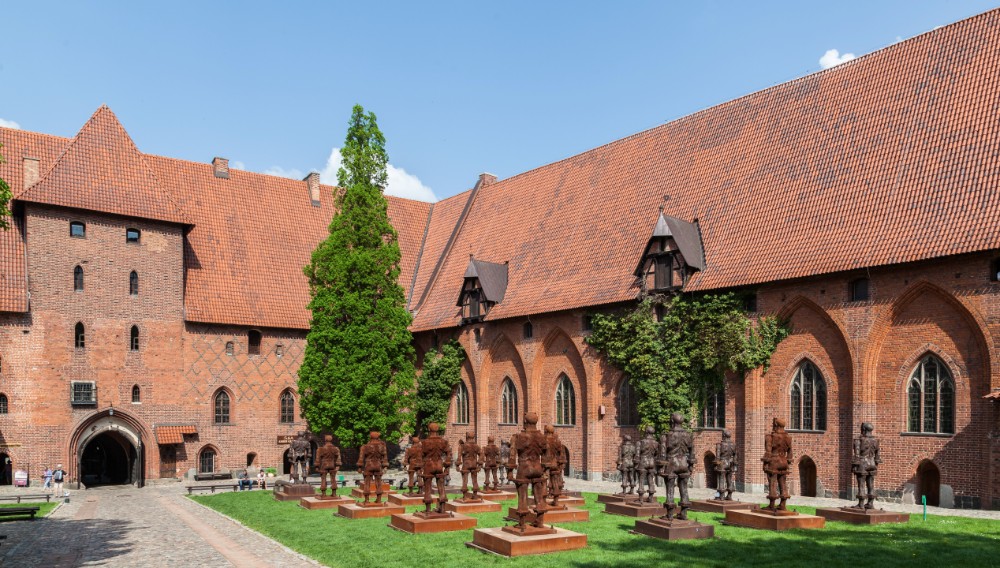 Castle in Malbork was built from red brick along the river Nogat, on a flat surface of ca. 8000 with the smaller Middle Castle inside and still smaller High Castle built on a hill, on a rectangle surface of 60x80m. The construction began in 1275. Since 1309 Malbork has been the capital of The Teutonic Order Of Holy Mary in Jerusalem. Malbork was taken by the Polish army in 1475 and became one of the residences of Kings of Poland until 1772 when it was taken by the Kingdom of Prussia to be devastated in the years after. At the beginning of XIX century after protests of the German society the castle’s demolition was stopped in 1803 and since 1817 until 1940 the Malbork castle was constantly reconstructed, under the guidance of several important German architects, with the best work done by the team of the historian Konrad Steibrecht in the years 1882-1921.

During the Nazi era, it was a scene of the official ceremonies of the Hitler’s regime. In 1945, at the end of the WWII, the castle was defended by the Germans against advancing Red Army and during these fights seriously damaged. Additionally, its newly constructed roof burnt in 1959. In the years after, the serious reconstruction work continued to restore the Malbork castle to its previous glory. 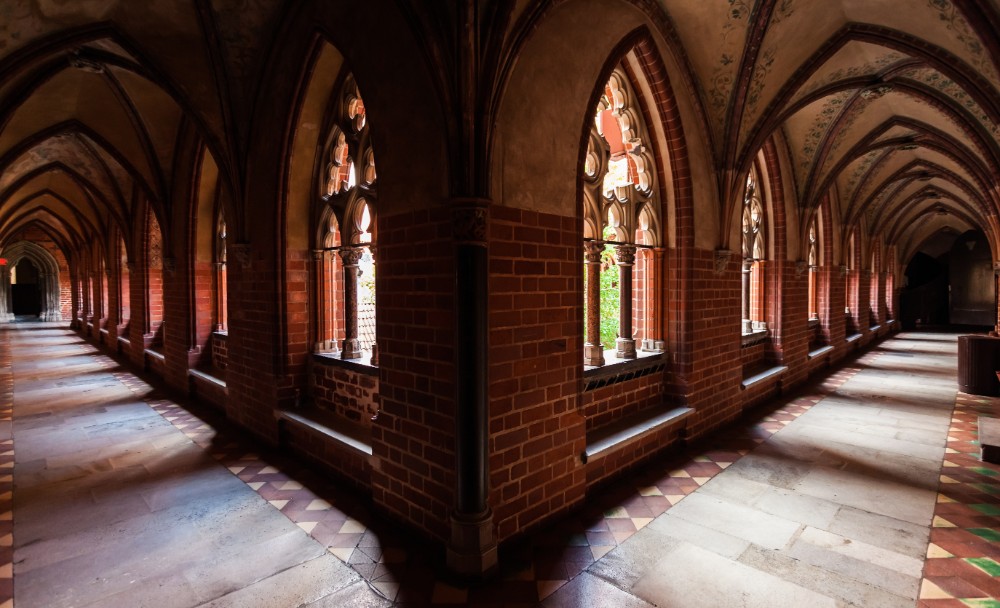 Today the Malbork is a well-preserved medieval gothic castle and a museum (in UNESCO World Heritage list from 1997).

Mondays, 25th of December 1st of January and selected public holidays. You can get to the castle grounds when the museum is closed.

How to get there