It is considered one of the most beautiful castles in Slovakia. The castle was built in the Kingdom of Hungary in the 13th century.

Its history follows a familiar pattern of construction, destruction, reconstruction, fire, various properties, and territorial disputes. The original design was Romanesque and Gothic in style; It was later rebuilt as a neo-Gothic and Renaissance structure, embracing the shape of the 520-meter spur on which it sits.
The family of mining magnate Thurzo, who took over in the mid-16th century, was responsible for a large number of reconstruction work, although its current form was not completed until 1611. It burned down again in 1800, after which time it was no longer it was used as a residence. And then, after a period of ruin and World War II, the castle became a national monument.

According to the legend, there once lived a wealthy man in Orava, who had everything he could think of. The only thing he was missing was his own castle. Thus he decided to have his own castle built.
Since he was very old and knew he perhaps might not see the castle built, he made a deal with the devil – if the devil built the castle to the wealthy man from the evening till the morning on the steep reef, until the rooster cock-a-doodles three times, he will take the wealthy mans soul with him to the hell. 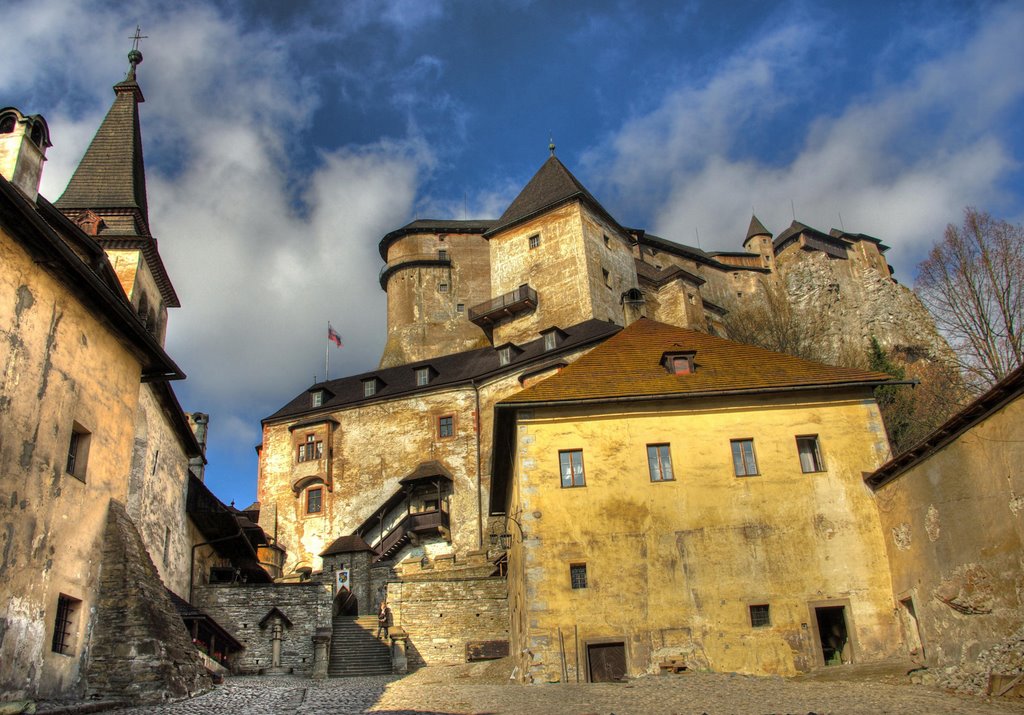 When the rooster cock-o-doodled in the morning for the third time, the castle still was not built. There were still three rocks to be built on. The devil got so mad, he took the three rocks and threw them away. Its been said that one of those rocks is in Orava, the second one is in Dolná Lehota and the third one is on the Šibenica Hill.