Castel Beseno is the largest fortified complex in Trentino and today a most fascinating showcase for exhibitions and shows. 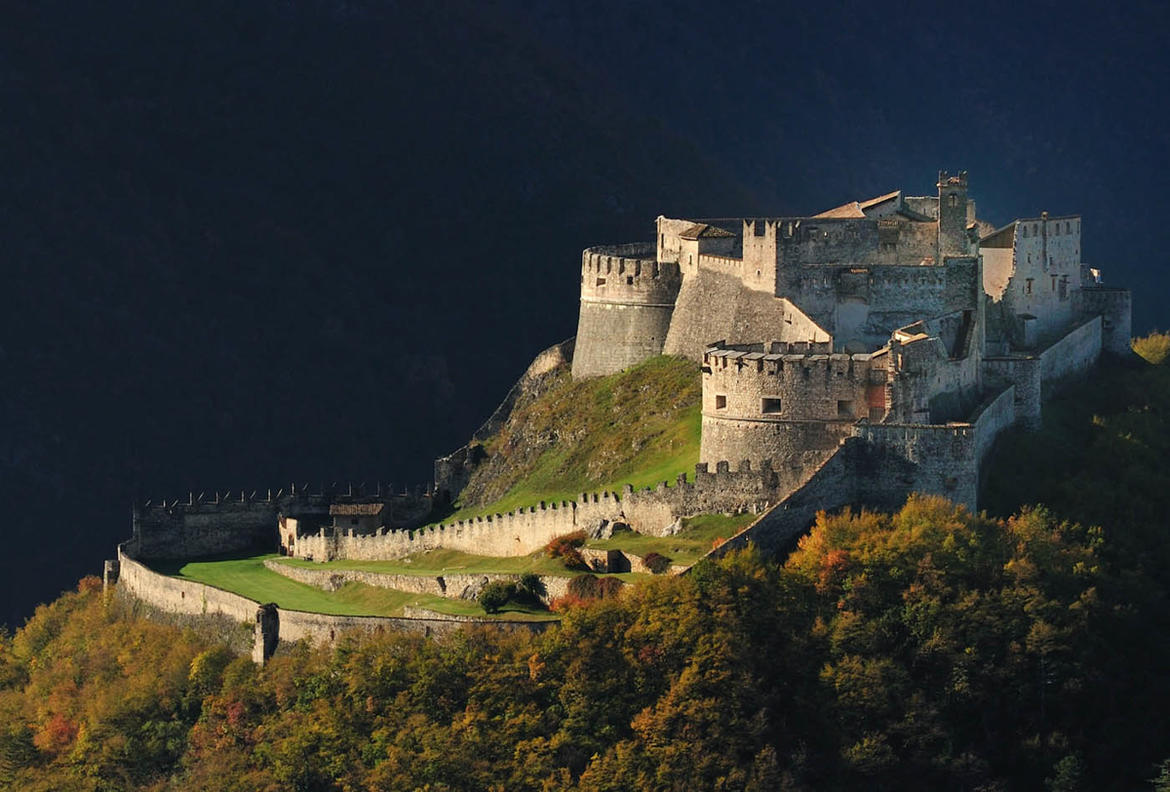 Castel Beseno occupies an entire hilltop dominating the Valle dell’Adige, between Rovereto and Trento, and it can be reached by going through Besenello. Besides its grandeur this castle captures the visitors’ attention because of its evocative and fascinating atmosphere. Temporary exhibitions, cultural events and period costume pageants are held here, in the exceptional scenario of the vast Campo dei Tornei (Tournament Field) which is currently a well-groomed garden. Many historical battles, from the wars between fractions with the Veronesi in the 12th and 13th centuries to the battle of 1487 between Trentino troops and the Venetians, as well as the armed battles between the French revolutionists and the Austrians in the two world wars, took place in this fortress. In 1973 the Trapp counts donated Castel Beseno to the Autonomous Province of Trento which carried out extensive re-construction works.
The large lunated ramparts distinguishing Castel Beseno go back to the 16th century. The main doorway had a drawbridge and when entering the castle you can still see three gunports in the first courtyard. In the large square the gunpowder deposit house now holds a room for visitor information and audiovisual projections. To the side you can see the clock tower and the hayloft. Beyond the central part of the Castle you reach the castle dwellers’ residence. The feudal complex originally was made up by three turreted nuclei on the two extreme rises of the hill. The Casa del Vescovo (House of the Bishop) and Palazzo nuovo (New Palace) are located in the third nucleus.

The legend of the Black Knight of Beseno Castle

Far back in the mists of time, it is said that a particularly bad knight lived in this great manor house. He cruelly dominated the people of the village of Besenello.  One day, the tired people could take no more of his harassment and they fiercely drove out the tyrant.

In this nocturnal image of the castle, do you also see it on top of one of the towers?

Download our application to find more information about this castle.